Confirm your age. Are you 18 or over? 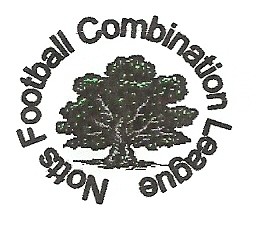 This week, unfortunately It was not all great news for some of our teams – including Phoenix Athletic, who lost out on a place in the Sunday Senior Cup against this week’s round with Nuthall FC – who pipped them to the post at 5-2. Phoenix made a good eff

Division 1 see better results this weekend – after an astonishing finish by visiting side Aspley United over Sycamore St Anns, who finished off the home team 10-4. Clayton Carty and Tony Wilson both scored braces for Sycamore, however, this was not enough to beat Aspley, who were on fire. With single goals from Michael Rankin, Patrick Swift and Ashley Keetley, alongside a double brace from Gary Harris and Danny Carter’s hat trick, Aspley made winning look easy, allowing them to sit just two points behind the leaders of the division. Away side AFC Nottingham also win this week over Lord Nelson 4-1. Jason Newbold scored boldly for the Lords, however with goals from Nelson Arinze-Umobi and Muhammed Haradj, AFC were well in the winning. A brace from Pardip Sihra topped it off for the divisional result – giving AFC Nottingham their first win of the season.
Little change in terms of the divisional results has been seen i

n Division 2, however Eastwood Community FC continue their reign at the top after a 5-0 away win against second place Dowlings. With an unfortunate own goal from Dowlings, Eastwood could kick on to make it nine out of nine wins and matches – which they did, along with the help of braces from both Jake Mee and Adam Hassell. MOTM this week went to Jez Bailey, who gave an outstanding performance. ABP FC also close in on the leaders, with a 6-0 away win over Friar Tuck. Mark Bird scored well for ABP, alongside David Hickman’s brace and a hat trick from Ed Smyth – allowing ABP to take the victory. Reckitt Benckiser and visitors Southbank are all tied up this weekend at 1-1 – with Dale Hayes scoring for RB. Notts United win on home soil an outstanding 7-3 over Toton Hill. Callum Cossey brought an impressive hat trick to Notts’ scoring, alongside a brace from Jervall Bertram and singles from both Aaron Hardy and John Robinson – all contributing to the win. Finally, Clifton United got back into their winning ways, after taking advantage of an understrengthened Arnold Victory, and winning away 8-2. Lee Tate started off the scoring early on with a header, followed by a good strike from Scott Riddle. Dan Martin rounded the half with a low left foot shot. In the second half, Arnold replied with goals from Carl Linford and Tom Wilson, however, a strike from Darren Gibbons and Anthony Wood, as well as another three goals from Dan Martin saw Clifton the comfortable winners. Overall, we have seen solid performances by all, especially Tate and Walker in the middle of the park, but MOTM went to Dan Martin with a double brace and two assists.

In Division 3, we see some change in the leaderboard - starting with Beeston Mariners finally having some luck, and winning at home this week 3-2 over Sports Direct. Ben Ashley brought a great goal for the home side, and with a brace from Mark Hemp, the Mariners could cruise along with the three points. Gremio take back their winning ways after a 4-0 away victory against Scorpion United FC. Gremio took the lead early on with Liam Bradbury putting the defenders under pressure - with an attempted clearance hitting him and landing at his feet, he made the most of it from a narrow angle and beat the keeper at his near post. Half way through the first half, Conor Boulton was played it through for him to beat the defence and put it in the top corner. Not long before half time, with some good team link-up play, Joshua Wilson was played through to beat the keeper from outside the box. In the second half, Gremio had Scorpion on the back foot, and kept the pressure on. After a strong corner, Alex Bradbury was there to slot in home for Gremio, allowing them to take the full three points for the leaderboard. It seems like this team are back in fighting spirits! Up and coming dark horses Athletico Rangers beat FC Eagle into fourth place after a 7-1 away win for the Rangers. Kacper Michalski scored well for the Eagles, however this week they could not swoop down and snatch the win. The Rangers were too quick, and a hat trick from Marcus Young, followed by an impressive double brace from Reece Bestwick allowed them to take the win for their own. Beeston Hornets retain the top spot after a 2-1 away win over FC Galaxy. Even with a sharp hit home from Dan Huskinson, Galaxy just could not gain the upper hand, and Sam Ablott and Tom Cowling hit home with a hard sting – giving the Hornets that extra edge required to beat the number two team in the division. Finally, Duke of St Albans gave an outstanding game today, after beating Nuthall County an impressive 9-2 away. The Dukes started off with a strong side, and goals started flying in early in the first half. Adam Sparke hit home, alongside Dale Hatton with a double brace and Conor Scott with a hat trick. After this in the second half, Nuthall managed to pull two back from the help of Paul Naylor and Ste Jackson. However, the Dukes' own Chad Armstrong set Conor up for a lovely goal – giving a great finish, and match all round for the worthy winners.

WEEKEND ROUND UP  After a cancellation of the FA Senior cup match, we see an impressive lot of divisional matches, with some very good results.